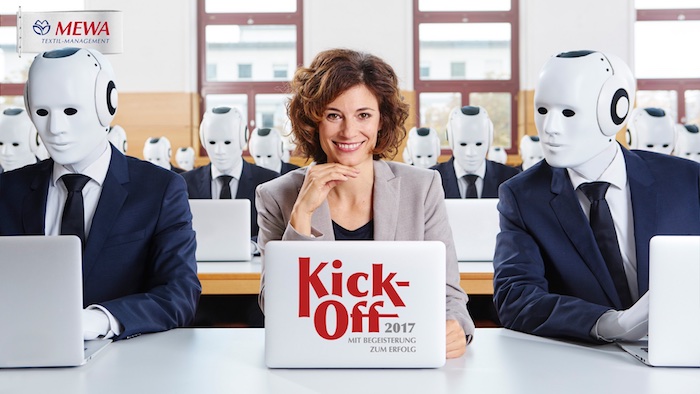 For the key visual for the kick-off event, i went to Frankfurt. There we shot in the school hall of a school the pictures, which were later processed in Photoshop.

Thus the effect should arise that the Mewa coworker the robots is a lot ahead. Because at Mewa the message is: robot and digitization is ok and good where it makes sense, but only real people can sell to real people. 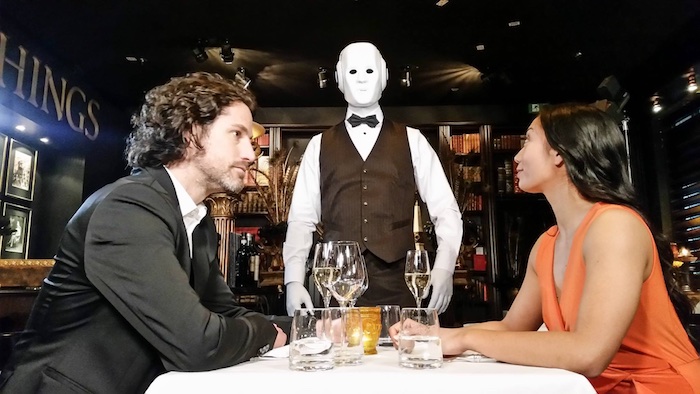 The humanoid robot plays a waiter and serves 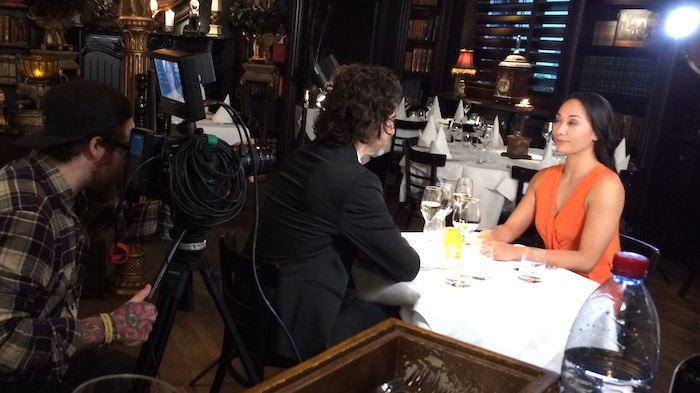 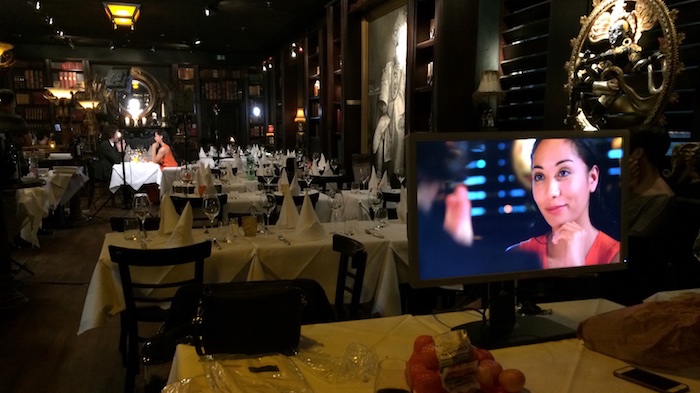 Check at the screen

On a second day we shoot a scene for a video, that was produced specifically for the event.

Story: In this scene a couple sit in the restaurant. A robot waitor comes and wants to serve. They scare back and one human service takes over and smiles friendly.

Kick off event at the Nuerburgring and the Hilton Cologne

This was followed by the two actual events at the Nuerburgring. On the stage, the board explained the goals for the coming year and highlighted how important people are in the digital age. For this, our robots were used on the stage and used for the staging.

The second event was held at Hilton Cologne. 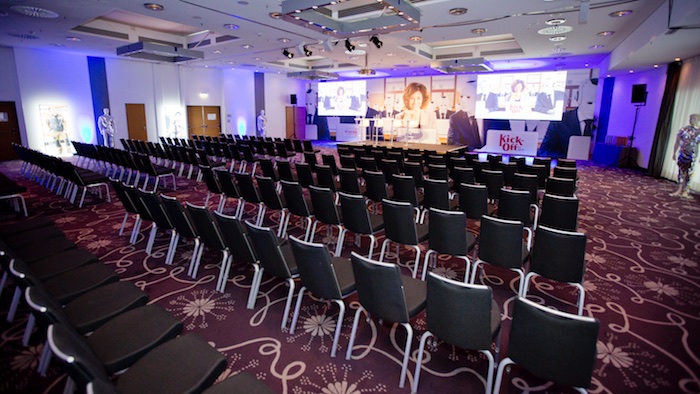 The conference room at Hilton Kölln is prepared 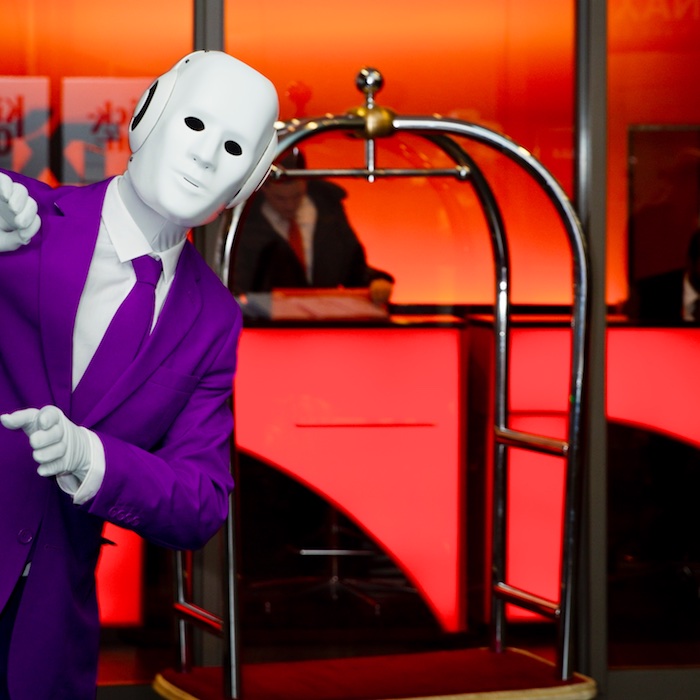 The humanoid robot plays the page 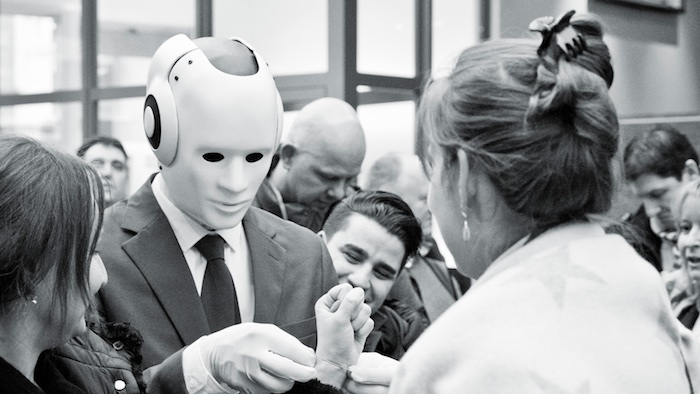 …and interact with the guest 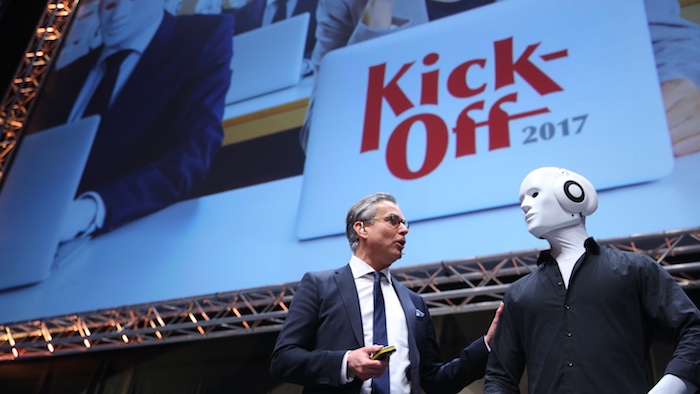 Michael Kümpfle, CEO of Mewa, uses the robot and staged his talk professionally 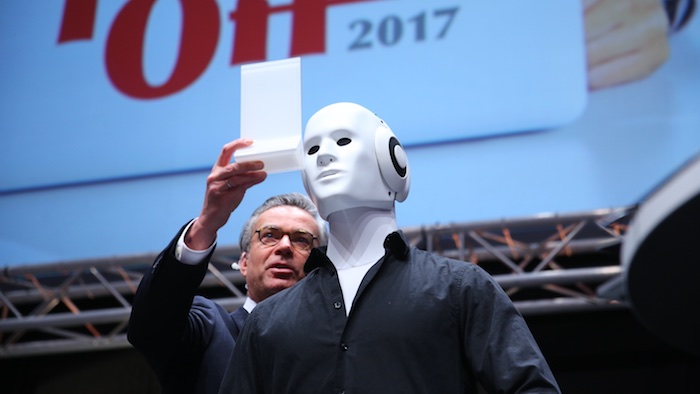 He holds the mirror to the robot and asks whether the advisor of the future should look like this? – rather not! People are important. 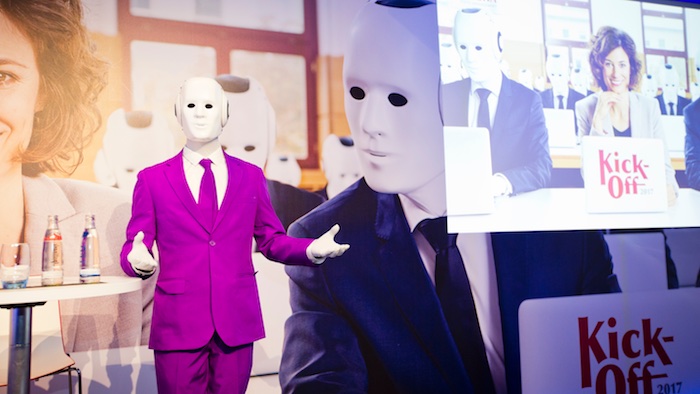 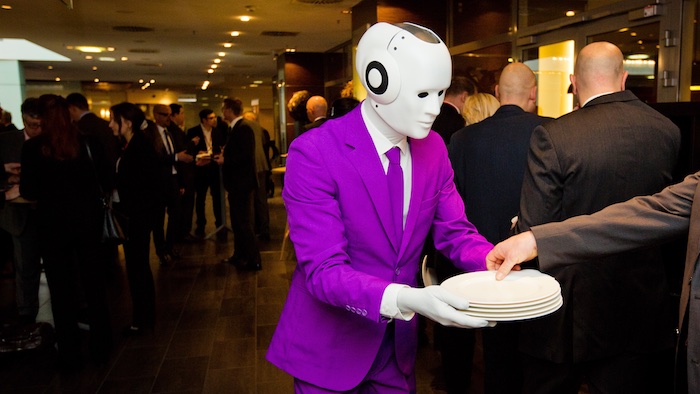 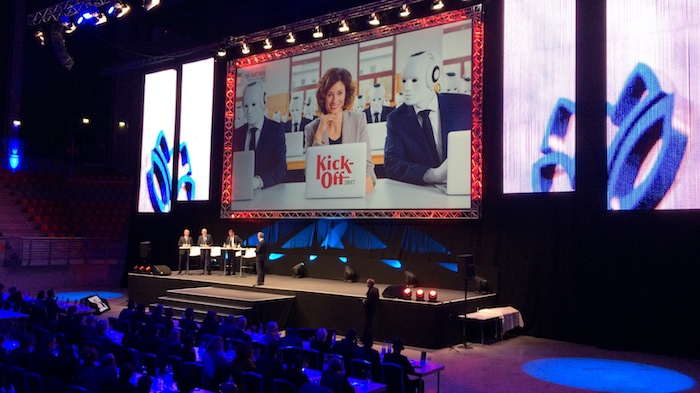 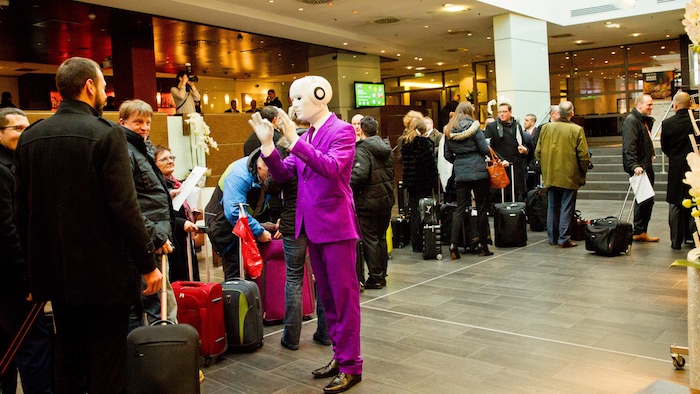 The incoming guests will be entertained by the robot impersonator

If you are looking for actors and artists who can play a real robot. Then contact me. I would like to advise you and submit a non-binding offer. 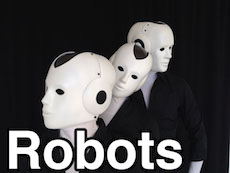 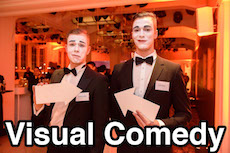